It's my Cyber-Alligator head, soon to be made into castings by the Godbeast! 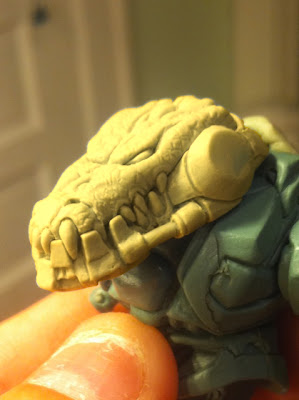 There were a few good guesses, (and the rough clay really could have become many types of animals) but as you can see it is a ferocious, cybernetically enhanced alligator, a little reminiscent of He-Man's Trapjaw.  And the best part is that it is hinged. 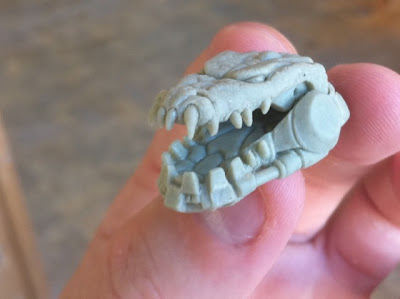 By using a needle to create a fulcrum and carefully making the halves fit into each other, I ended up with a fairly seamless (or hidden-seamed) joint, fitting into the armor design. 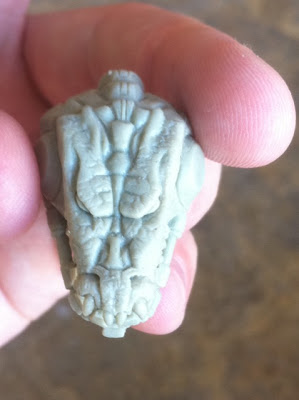 The 'teaser' image from the last post was actually the bottom half of the two-part head, because I knew from the beginning I had to make his jaw hinged.  After all, he's an alligator, how could I resist? 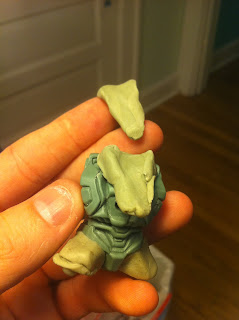 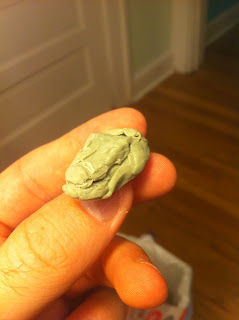 I will be posting some step-by-step images of how the alligator and his hinge jaw were made later, so check back!  And buy some heads when the God beast makes them soon!  They should be available eventually on October Toys.  I actually probably put way too much time into this head for the amount of money that will come back to me, but if a lot of them sell, I may feel like I can get this crazy on more heads in the future!  In the meantime it is an awesome deal.


Speaking of awesome, congratulations to Matt Doughty , Marty TGB Hansen, Nate, and everyone involved in making the Armorvor happen.   Thanks guys. 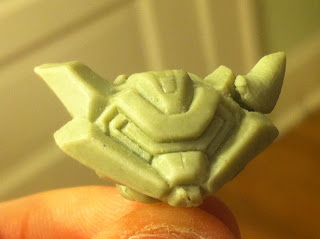