Got another head coming up.  Thought I'd kick things off by showing some preliminary sketches.  I don't always do this stage, but I went out to dinner and brought some paper with me.

The first step with almost any of these heads is to first look up a little reference (This isn't always the case, the bat for instance began with pinching out a 3 pointed shape that wasn't very accurate to nature, but I liked it anyway).   I did a little sketching just from memory, but then looked up some pictures on my phone.  These pictures came from googleing 'angry gorilla' and 'gorilla roar'. 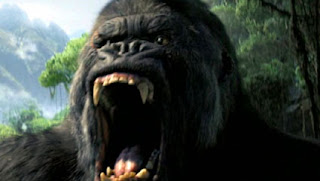 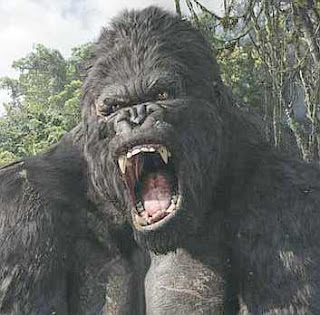 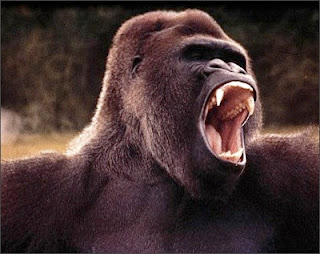 you may notice some of my sketches, manly the ones on Armorvor bodies, are from before I looked up reference so they are less accurate (nostrils wrong, for instance -- sloping up and inwards like a skull nose instead of downward angles.).  I also was interested in the very flat, dented in nature of the nose. 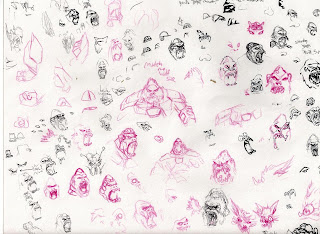 Interested folk need only go to october toys and ask to be "put on the list".  Hopefully you will like the sculpt, which I will show soon.   $15 bucks?  Cheap!
Posted by JF at 8:28 AM